ADAC GT Masters: MANN-FILTER in the battle for the title

The ADAC GT Masters season finale is set to take place at the Nürburgring for the first time. MANN-FILTER Team LANDGRAF-HTP/WWR drivers Raffaele Marciello and Maximilian Buhk are hoping to be crowned the 2021 champions, while MANN-FILTER junior driver Luci Trefz is looking forward to the weekend with eager anticipation 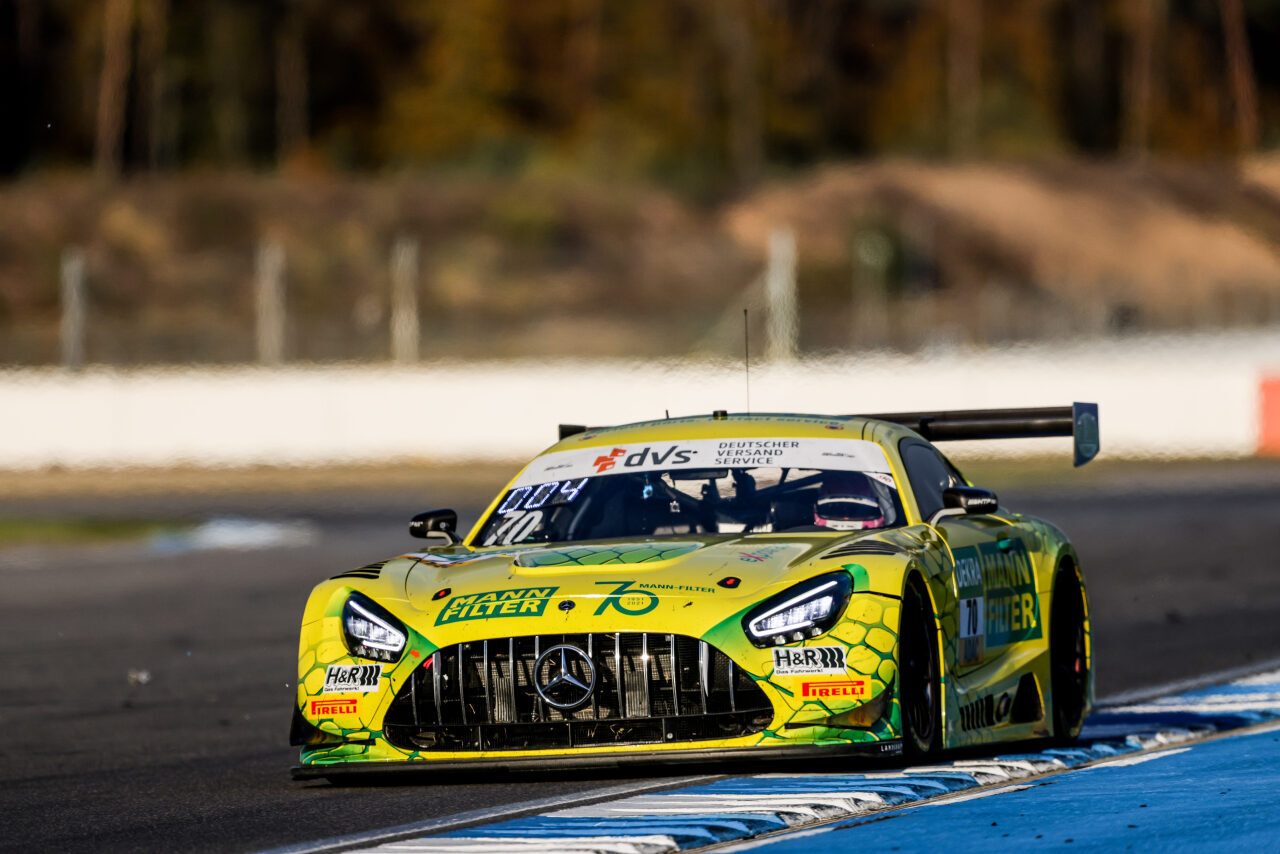 Ludwigsburg, October 29, 2021 - The motorsport season is drawing to a close. The ADAC GT Masters champions will be crowned this weekend, and Mercedes Mamba drivers Raffaele Marciello and Maximilian Buhk are highly motivated to win final battle for the 2021 championship title. MANN-FILTER junior driver Luci Trefz will be in the Audi R8 LMS at the Nürburgring for the first time and is expecting an exciting final race weekend.

For the first time in the history of the ADAC GT Masters, the final race weekend will be held at the Nürburgring. The weather disaster that affected the Eifel region during the summer led to the Nürburgring being converted into a base station for emergency services at the beginning of August and the postponement of the planned ADAC GT Masters race weekend until November.

The short layout of the prestigious Nürburgring is 3,629 kilometers long and a thorn in the side of many racing drivers. The typical cold and foggy weather conditions of the Eifel region in November aren't the only challenge facing the drivers, however. The lack of opportunities for overtaking will also be an obstacle during the grand finale.

MANN-FILTER revved up for the title

MANN-FILTER Team LANDGRAF-HTP/WWR is traveling to the Nürburgring with big ambitions. The two Mercedes Mamba drivers Raffaele Marciello (27, Italy) and Maximilian Buhk (28, Germany) are currently in fourth place, 26 points behind the leaders. The two AMG works drivers have big plans for title showdown. A maximum of 56 points are up for grabs on the final weekend. Achieving them will be difficult, but not impossible. "I'm not a big fan of the short layout at the Nürburgring," says Maximilian Buhk. "It's exactly the opposite of the other tracks, and there are very few good overtaking opportunities." However, the AMG works driver and his team have come up with a strategy: "Qualifying will play a key role, and the first corner will provide a chance for the Mamba to bite. We intend to take advantage of this opportunity." His teammate Raffaele Marciello is also clearly revved up for the title: "I don't want to make any big predictions. But let me put it this way: We're here to win!" 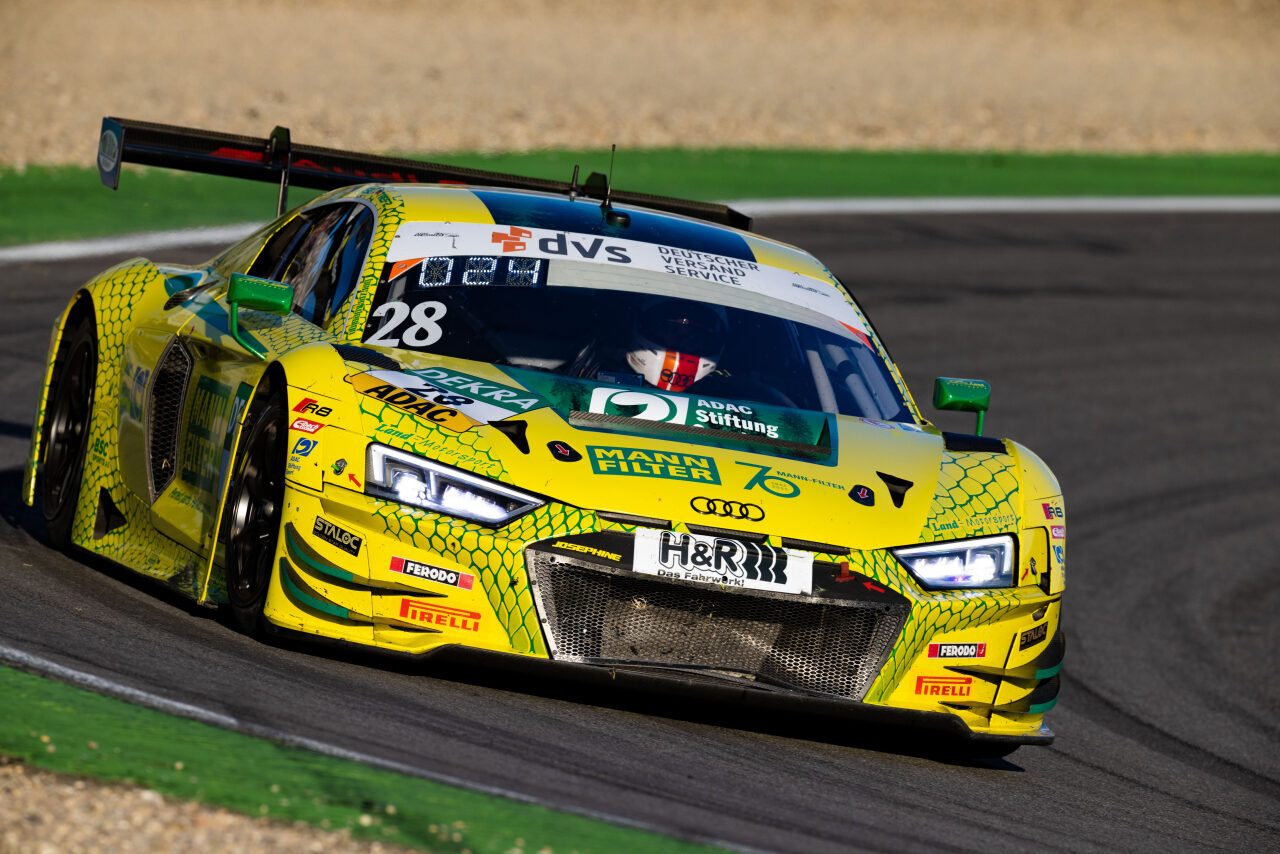 The Audi Mamba of Land Motorsport is heading into the last race weekend of the season with less pressure. MANN-FILTER junior driver Trefz (19, Germany) is in the Audi R8 LMS at the Nürburgring for the first time but is already familiar with the track from last year. Together with Julien Apothéloz, he won the second race of the ADAC GT4 Germany opener in the MANN-FILTER Mini Mamba at the Nürburgring last year. "I prefer the long circuit, but the short layout is interesting as well," he says, echoing the other MANN-FILTER drivers. "I've never driven the Audi at the Nürburgring. It's going to be an exciting finale. Especially because qualifying will be decisive."

His mentor Christopher Haase (34, Germany) is looking ahead to the last two races full of confidence. "There's nothing like the last chicane at the Nürburgring. It's a great track, and its long history makes it very special. I'm sure that we'll see some exciting racing." On the last race weekend at the Hockenheimring, the Audi Sport driver and his protégé collected seven points after staging a thrilling comeback. It's certainly been a steep learning curve for the MANN-FILTER junior driver.

The big title showdown at the Nürburgring will be broadcast live on RTL Nitro, or via live stream on TV Now and on the ADAC GT Masters website. MANN-FILTER will be reporting on the final through its Facebook and Instagram social media channels as the teams prepare to hear the words "Drivers, please start your engines!" for the last time this year.