Wire-to-wire victory at the season opener in Oschersleben: a win for Raffaele Marciello and Maximilian Buhk and points for junior driver Luca-Sandro Trefz 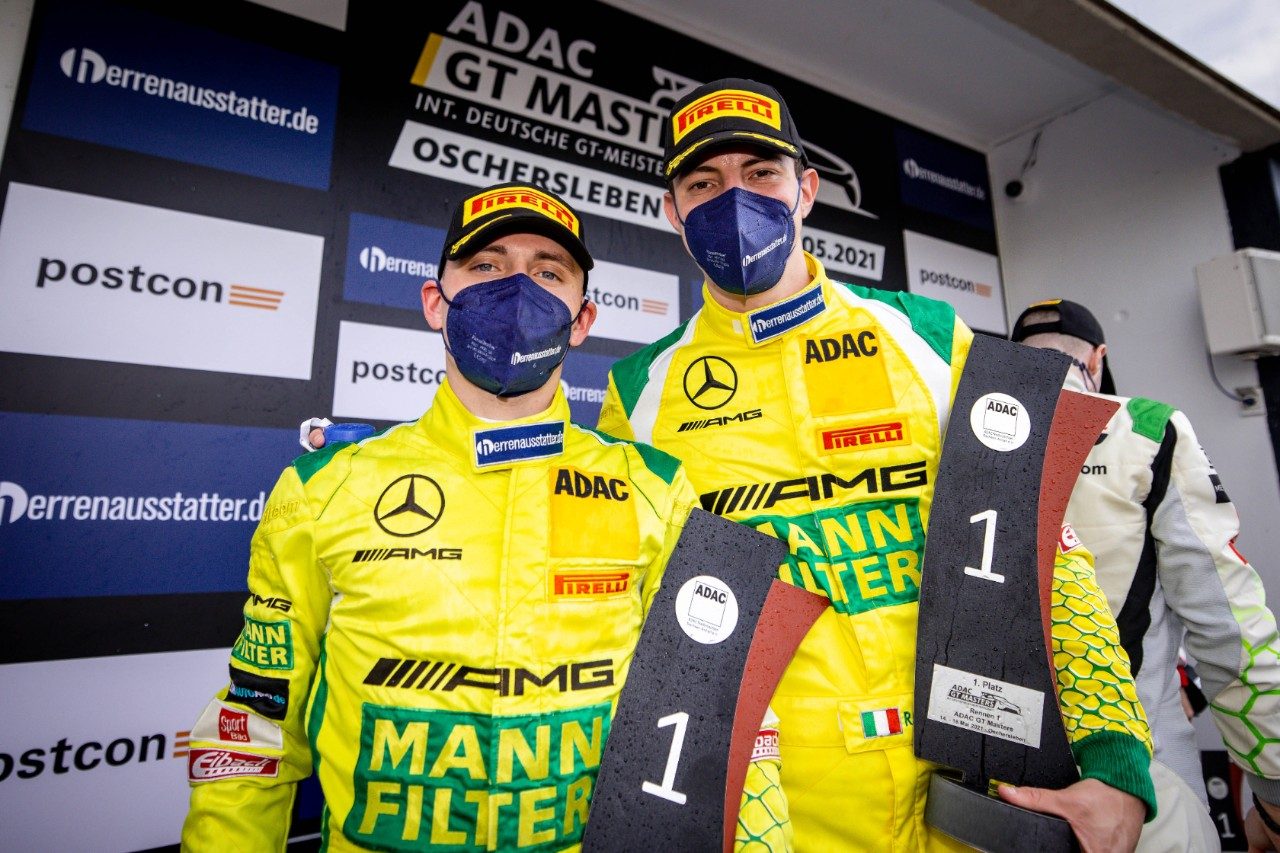 Ludwigsburg, May 19, 2021 – The first race of the season was a resounding success, with MANN-FILTER Team LANDGRAF-HTP/WWR claiming pole position followed by a wire-to-wire victory on the first race day. Raffaele Marciello and Maximilian Buhk in the Mercedes Mamba took the top step of the podium in the season opener. Despite the chaotic conditions in a rainy Oschersleben, the MANN-FILTER Audi put in a stunning performance to finish in 13th place in the second race, earning three valuable points.

The Motorsport Arena Oschersleben hosted the opening race of the 2021 season of the ADAC GT Masters. With a 3.667-kilometer track featuring 14 tight corners, the circuit in the Magdeburg Börde is one of the most challenging in the race calendar. The tight sections mean there are very few overtaking opportunities, which is why all eyes were on qualifying for this race weekend.

26-year-old Mercedes Mamba driver Marciello of Switzerland put in an incredible performance on Saturday. The Swiss-born driver completed a lap in 1:22.922 minutes, securing pole position for the first race and setting a new track record. The Mamba driver recalls his fast pace: "Qualifying is really important in Oschersleben. It's fairly difficult to overtake on this narrow track, so it's always great to start from the front. After that, it's all about staying out in front, not making any major mistakes and maintaining the pace." 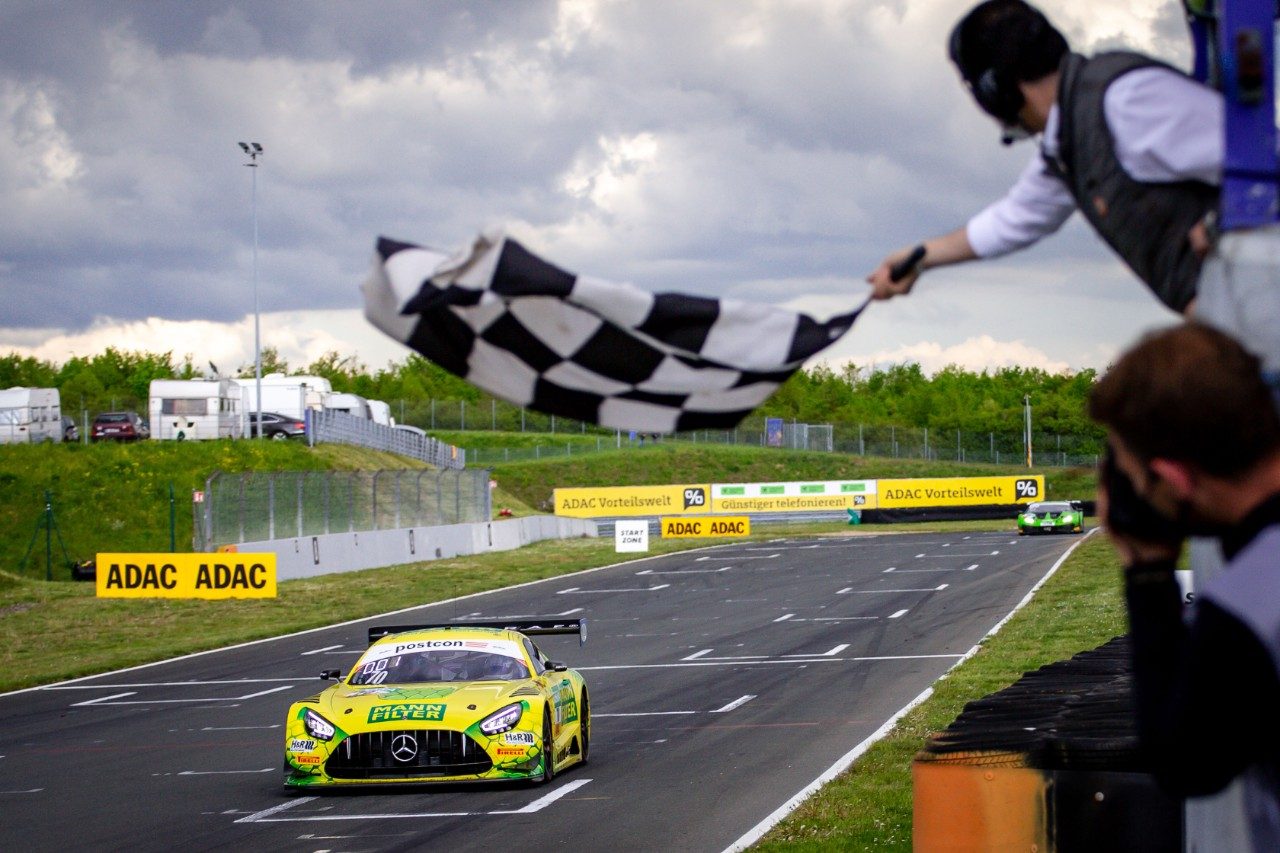 On Saturday afternoon, the words everyone had been waiting for were finally heard: "Drivers, start your engines!" As the race got underway, Marciello skillfully held his position at the front. After the first half of the race, in which he easily kept his rivals in check, he handed over to teammate Maxi Buhk, who then crossed the finish line in a stunning wire-to-wire victory. "The day couldn't have gone better. The team did an amazing job, the car ran like a dream and it was a really fun drive," said the jubilant 28-year-old German after his first big success on the podium.

19-year-old MANN-FILTER junior driver Luci Trefz of Germany and his 34-year-old German teammate Christopher Haase were less fortunate. Starting the race from 27th place on the grid was a difficult task for the duo and technical problems during the race meant that their Audi Mamba unfortunately didn't make it across the finish line.

Sunday's race was marked by freak weather conditions. In qualifying, Buhk put in the sixth fastest time to secure a place on the third row of the grid. Trefz' teammate Christopher Haase started from 21st place. Shortly after the all-clear was given for the second race, the heavens opened. The downpour led to chaos, resulting in the appearance of the first safety car. After the restart, Buhk also suffered a setback when he was pushed off the track during an attempted overtaking maneuver by another driver, resulting in an early exit from the second race. "The fact that it rained during the race affected everyone. My plan was to stay out of trouble, but the incident with the other car ruined our strategy, which could have earned us a podium. I also simply wasn't fast enough in these conditions," says Buhk, describing his frustration at the situation. 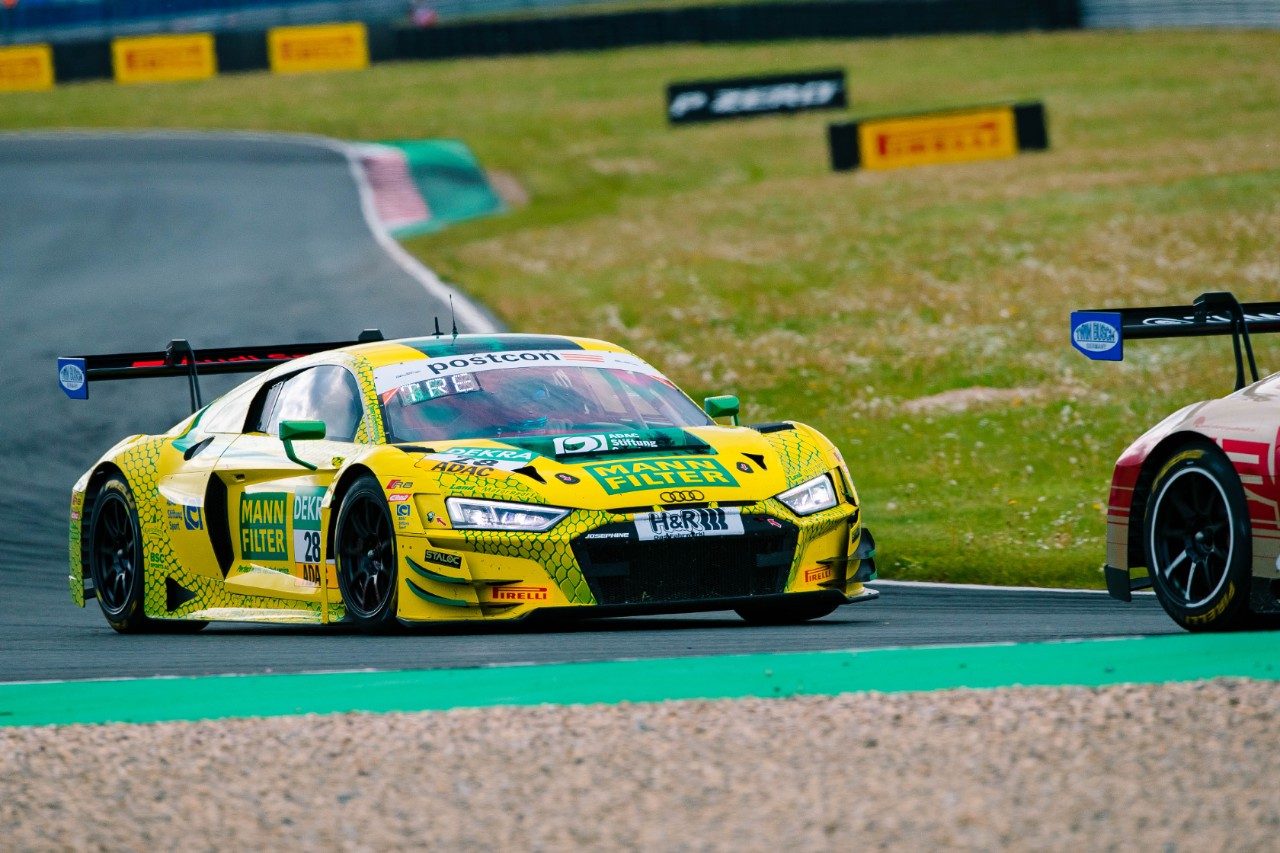 The Audi Mamba managed to escape most of the chaos and eagerly snaked her way forward. After the first half of the race, Audi Sport driver Haase handed over to his protégé Trefz. The 19-year-old did well in his second GT3 race, taking the 585 hp Audi R8 LMS GT3 across the finish line in 13th place. The chaotic drive in the rain was rewarded with three points, which the GT3 newcomer was particularly happy about: "The rain made it a very exciting and challenging race. The fact that Christopher was able to make up so many places in Oschersleben says a lot about him. The team also did everything right with the tire strategy. I'm happy that we didn't go home empty-handed."

After the first race weekend, the MANN-FILTER team is feeling positive. With the first race win and the first points for the team's junior driver in the bag, it promises to be a successful season. With a track record and a total of 28 points under its belt, the team is now ready to focus on the first race outside Germany. In mid-June, the ADAC GT Masters will travel to the Red Bull Ring in Austria, surrounded by the magnificent Styrian countryside (June 11-13, 2021).